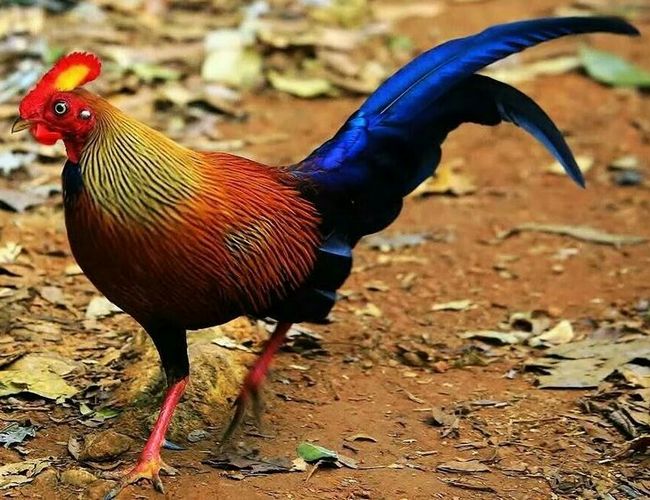 The national bird of Sri Lanka is Jungle Fowl (Gallus lafayettii) also known as the Ceylon jungle fowl. Its scientific name is Gallus. It belongs to the family of Phasianidae class of Aves and kingdom of Animalia. By order it is a member of the Galliformes bird which is common to Sri Lanka. It is similar to the red jungle fowl (G. gallus).

It is actually the wild jungle fowl from which the chicken was domesticated. The specific name of this bird memorializes the French aristocrat Gilbert du Motier, marquis de La Fayette. In the Sinhala language which is the popular and native language of an ethnic group of sri lanka.

It is known as (Wali Kukula). And in the Tamil language. It is known as (Ilaṅkaik kāṭṭukkōḻi). Length wise the male species of jungle fowl ranges from 65–73 cm (25–29 inch).

Its weight ranges from 790–1,140 g (1.74–2.51 lb). It closely resembles with a powerful hen. The body feathers color of male species is orange-red.its wings and tail dark purple to black. The man fur color changes in descending order from head to the base of the spinal column are golden. And the face has plain red skin and wattles.

The female JungleFowl is much smaller than man. Length-wise it is 35 cm (14 in) long. Its weight ranging from 510 to 645 g (1.124–1.422 lb). Its features dark brown with white pattern designing on the lower belly and breast.it provides ultimate mask or cover for a nesting bird. 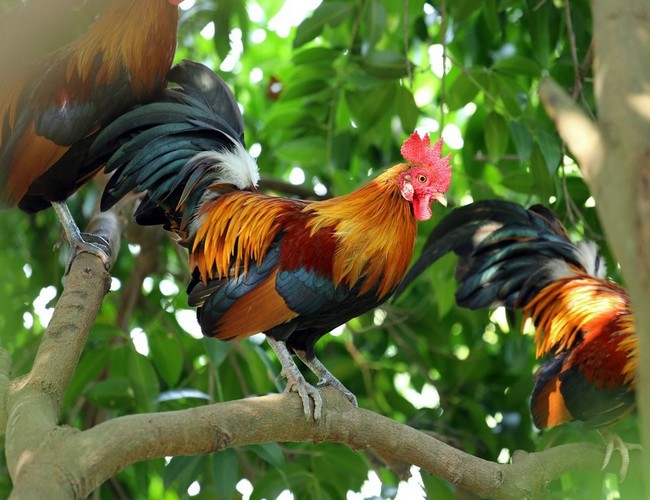 Its scientific history shows that the genus Gallus was found all over Eurasia mostly. Actually, it is evolved in southeastern Europe. The French zoologist and natural philosopher Mathurin Jacques Brisson (30 April 1723 – 23 June 1806) formally published a research paper about jungle fowl. More information about history is found on this link(Giant jungle fowl Gallus karabachensis (Early Pleistocene of Nagorno-Karabakh).

Why is Jungle Fowl the National bird of Sri Lanka ?

The jungle fowl are large birds and exist in different colors. They are seed-eaters. But insects are also taken, especially by the young birds.

Its historical importance is popular and accepted widely because it is considered as ancestor of the domesticated chickens.

They are conventionally have been valued by villagers. Because they are used as source of meat and protein. And some of its species can be hunt for food on their own behalf without cost. The male species called a cock or rooster.

A female is called a hen. Young are called chicks. A group is called a flock. Large source of domestic, wild, playing and zoo. Having enormous property and benefits the people of Sri Lanka and his government accepted it as national bird. Due to all these facts the jungle fowl becomes the official and national bird of Sri Lanka country. This was a detailed guide about JungleFowl Bird. Kindly do let us share your thoughts about it.

Robin or Red Breast Robin is the national bird of England. Its scientific name is Erithacus... 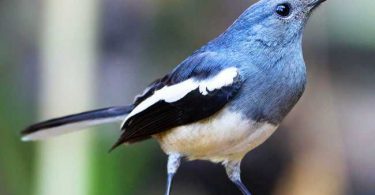 The national bird of Bangladesh is Magpie Robin or Oriental Magpie Robin. Its scientific name is...