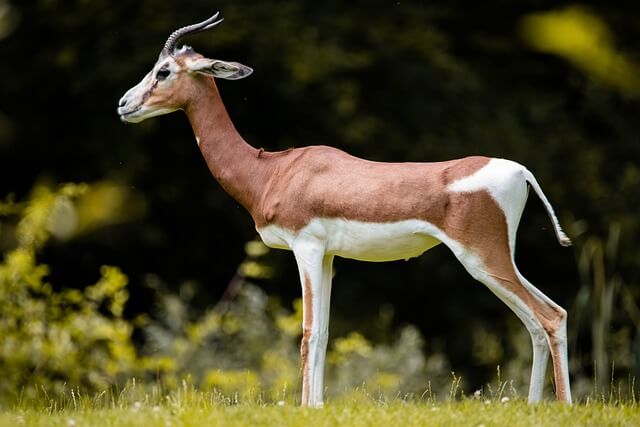 Gazelle is the national animal of Palestine which is also known as Springbok in Afrikaans (It means ‘jumping antelope’). Its scientific name is Gazella. It belongs to the family of Bovidae, Order of Artiodactyla and subfamily of Antilopinae.

The name of this animal is originated from the Persian word ‘ghazal’ which means ‘deer’.

Gazelles are mostly found on grasslands, savannas and semi-deserts.

The natural habitat of gazelles is in Africa and Eurasia. Some species of gazelles live in Iran and Afghanistan while others live in Sahara desert (North Africa).

They are herbivores animals and eat primarily leaves, flowers, fruits, seeds and shrubs. They can be seen near water sources in dry areas like mountains and deserts.

Gazelle is the native animal of Palestine which is also known as ‘zoor’ in the Arabic language. Gazelle is a small, beautiful and graceful animal. It has long ears, slender legs and elongated neck. They have a furry coat and their belly, throat and rump are white.

The tail is short or even missing in some species. They are generally found in the desert areas of Africa and Asia. While they are not endangered, they face several threats like hunting, habitat loss and climate change.

Why is Gazelle the national animal of Palestine?

Gazelle was selected as a national animal in the year 1973. The Gazelle is the native animal of the Palestine region. Palestine is a state in Western Asia, on the eastern coast of the Mediterranean Sea.

Did you know? What is the national animal of Qatar?

There are many reasons behind choosing such an animal as a National Animal. The Gazelle represents their culture, heritage and history. Due to all these facts, Gazelle declared as official and national animal of Palestine.