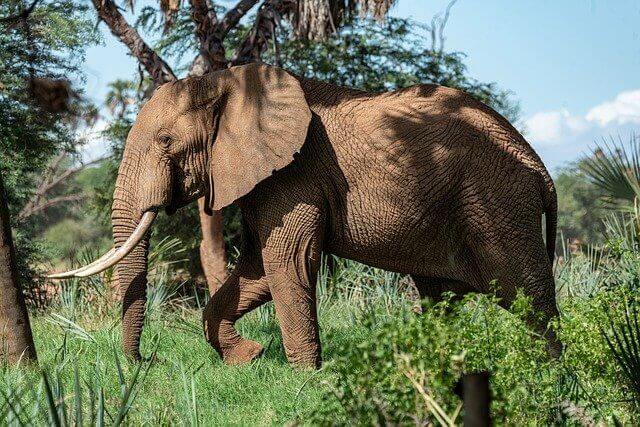 The national animal of Thailand is Elephant because elephants were used in the past to carry the king and other people. Elephants are also known for their intelligence, being able to understand and follow commands. Thailand has many elephants; they are a symbol of Thailand.

The national animal of Thailand is Elephant because the elephant is a big part of Thailand’s history and culture. Elephants have played an important role in Thai religions, holidays and festivals. They were used in the military and were valuable assets to their owners. The elephant continues to be an important part of Thai culture to this day.

The elephant is a huge creature, with a long nose and two large ears. The animal’s back is high, the legs are strong and the body is covered with dark gray skin. Thailand Elephants are mostly grayish or brown in colour. They flap their ears to move air around their body, sort of like a fan!

It is a herbivorous animal that lives in herds and depends on its noise to communicate. Females look after their young, who live in the herd until they reach adulthood.

There are 3 species of elephants in the world: African bush elephant, African forest elephant and Asian elephant. The Asian and African elephants are classified in two separate genera.

The Asian elephant is Thailand’s national animal. It lives throughout the country, most commonly in the north-east. The population was about 2,000 to 3,000 in the mid-1990s but is now estimated at less than 2,000.

Asian elephants can be found in many places throughout Thailand such as Phuket, Surin and Huai Kha Khaeng Wildlife Sanctuaries in Thailand.

Why is Elephant the national animal of Thailand?

The elephant was once considered as a war machine, used to carry soldiers or even attack them. In addition to this function, elephants were also used for transportation or to carry heavy loads. But today, when people think about elephants, they think about them as circus animals or as a symbol of Thailand.

The elephant was chosen as the national animal because of its historical significance as well as its importance in Thai culture. So due to all these facts, Elephant decalared as national animal of Thailand.