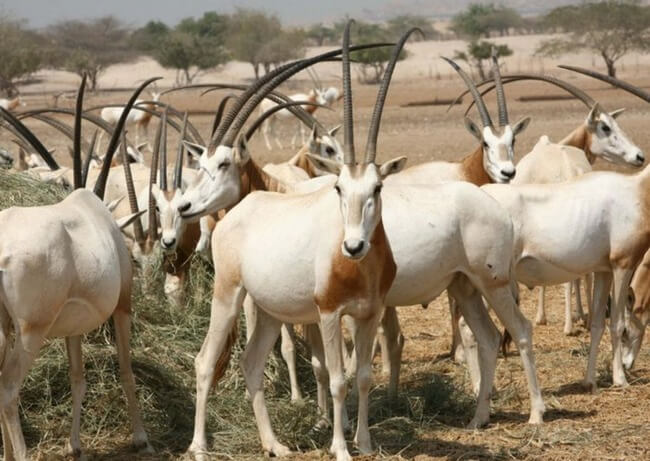 Arabian Oryx is officially named as national animal of UAE (United Arab Emirates). The Arabian oryx comes from desert areas of Iran, Iraq, Israel, Jordan, Saudi Arabia and the United Arab Emirates. The oryx can reach a shoulder height of about four feet. The horns of the oryx are straight and can reach a length of about twenty-eight inches. The oryx has large ears and wide-set eyes.

The Arabian oryx is one of the few antelopes that does not have a preorbital gland. The Arabian oryx has a social structure that includes males, females, and calves. The oryx is a very fast animal and it can run speeds up to fifty miles per hour. The oryx can swim, though it prefers to stay.

Why is Oryx the national animal of UAE ( United Arab Emirates ) ?

The Oryx is a unique animal that is native to the Arabian desert. The Oryx is a symbol of the United Arab Emirates, as well as its national animal. No other animal symbolizes this country or its people as well as the Oryx. This animal is an important part of their culture and history. So, due to all the mentioned facts the government of UAE officially announced Oryx as the national animal of UAE publicly.