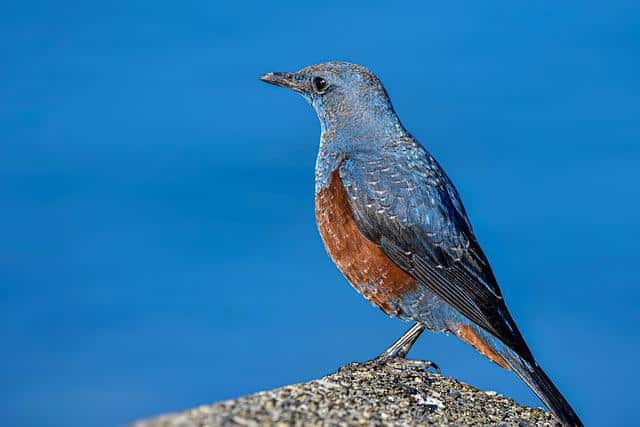 The national bird of Malta is Blue Rock Thrush which is a common bird mostly found in rocky areas. This bird is endemic to Malta and is protected by law.

The Blue Rock Thrush is a small, robin-sized bird which is found in rocky areas throughout the Maltese Islands. It has a distinctive blue coloration on the back and rump and black patch on the breast that blends into the rest of its body colouration. It has a long tail which it uses for balance when climbing rocks.

The Blue Rock Thrush is a medium-sized songbird with a long tail, short bill, and thick chestnut-brown plumage. Its back is grayish brown and its underparts are white. A dark eyeline separates the crown from the cheek. The male’s throat is black with a white band, while females’ throats are white or light gray. Both have olive-green legs and feet.

Why is Blue Rock Thrush the national bird of Malta?