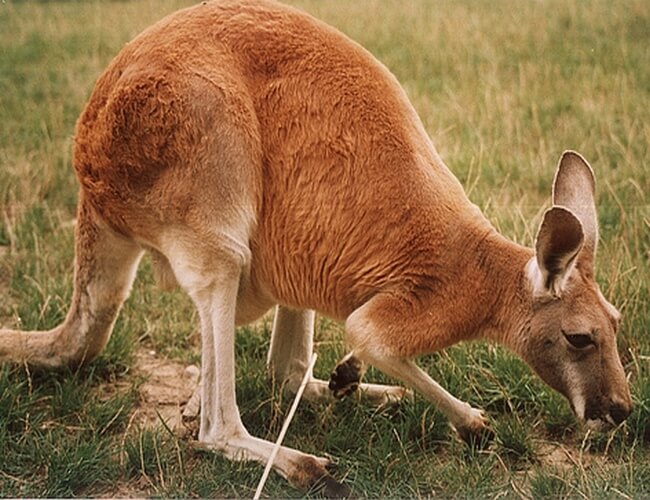 The national animal of Australia is Red kangaroo. Its scientific name is osphranter rufus. Red Kangaroo belongs to the family of Macropodidae a class of Mammalia and kingdom of Animalia. It is one of the largest types of kangaroos species and native to Australia. The height of males can cover 7–8 m (26–29 ft) in one leap. The maximum length of  head-and-body can grow up to  1.4–1.7 m (4–5.2 ft) .In addition, a tail extends  further 1–1.2 m (3.3–3.9 ft) to the total length.

As discussed above it is the largest type of kangaroo with long pointy ears and cover (sheath) is a squared-off. The male’s species have short and red-brown hair. Failing to soft buff below and on the limbs.

Males are larger than females. Female are blue-grey with a brown shade at upright and pale grey below. Dry zone female species are coloured closely to males.

The two forelimbs with small claws and  two muscular hind-limbs both are used for jumping. A strong tail often used to create a tripod when standing upright.

It’s legs function is just like a rubber band. The fibrous tissue which joins the calf muscles to the heel bone stretching as the animal comes down. After that, it releases energy to push the animal up and fro.

This process enables the characteristic bouncing mobility. Its main residential area is  Australia.it avoids  the most fertile areas in the east coast ,south and the northern rain-forests.

The History of Kangaroo and It’s Meaning 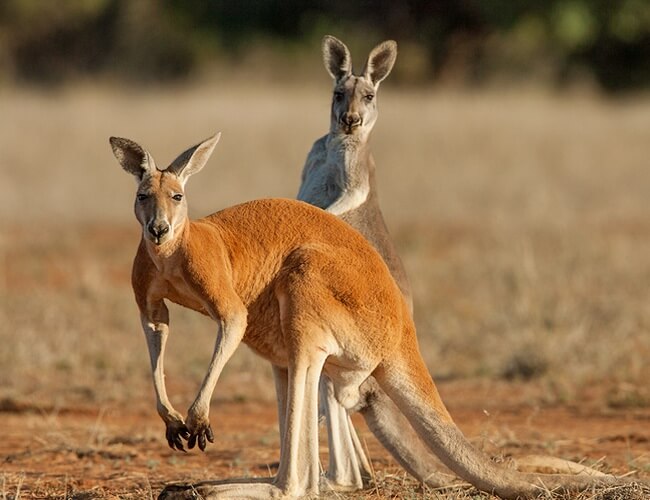 The word kangaroo derives from the non-English, Australian languages Guugu Yimithirr word gangurru, means to (grey kangaroos).  As it belongs to a marsupial mammal, macropod which means big foot .
The first recorded name of this animal was “Kangooroo or Kanguru” on 4 August 1770. which was actually recorded by Lieutenant (later Captain) James Cook on the banks of the Endeavour River at the site of modern Cooktown.

A common concept about the kangaroo’s English name is that (kangaroo) was a Guugu Yimithirr phrase for
“I don’t understand you.”
According to above-mentioned myth naturalist, Sir Joseph Banks and Lieutenant Cook
were exploring the area when they happened upon the animal.

Why is Red kangaroo the national animal of Australia ?

National symbols are used to signify what is unique about the nation, reflecting different aspects of its cultural life, people interest and history.

According to Australian when it comes to talking about national animal everyone have different opinions on this. The country has never formally stated or declared an official animal. Some animals in Australia are simply liked by people. But some have more significance than others .

The red kangaroo is one of them. It has been reported that the number of kangaroos is more than humans in Australia. That’s why it featured as a national symbol of Australia and appears on coins, postage stamps, and Aeroplanes.

Also, it is the main theme of Australian zoo for international visitors. There is a special zoo in Australia for national animals. The Zoos and wildlife departments in Australia undertake vital environmental education and research for the conservation of these animals.

For these animal, special events hold in Australia. Besides this tours and overnight stays which include close chance meeting with the animal. Due to all these facts, Red Kangaroo becomes the official and national animal of Australia. This was a detail guide about Red Kangaroo animal. Kindly do let us share your thoughts about kangaroo. 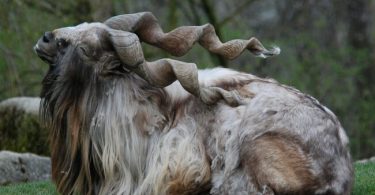 The National animal of Pakistan is markhor. Its scientific name is Capra falconeri ... 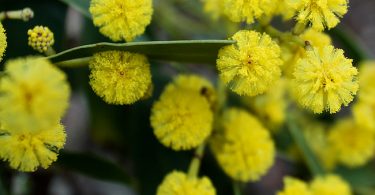 The National Flower of Australia is golden wattle also known is Acacia pycnantha. Its scientific... 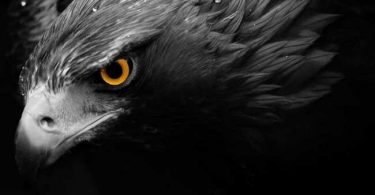 The national animal of Germany is an Eagle. It belongs to the class of Aves, a family of... 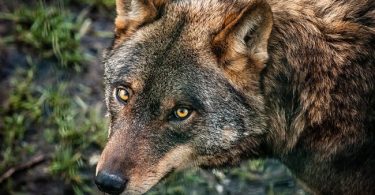 The national animal of Portugal is the Iberian Wolf. Its scientific name is Canis lupus Signatus...