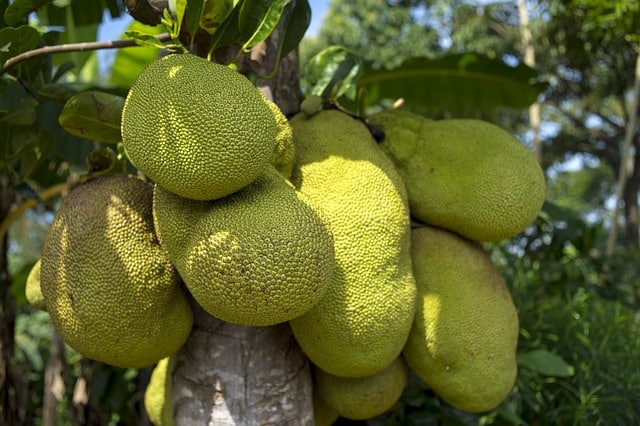 The state fruit of Tamil Nadu is Jackfruit. The jackfruit tree is a type of the fig species and grows throughout India. The fruit is green and when it ripens it turns yellow-orange or red, depending on the variety.

The jackfruit, also known as green jack orchard, jakfruit, or sometimes simply jack or jak (the latter being a loanword from Marathi: जाक), is the large aerial fruit of a tree belonging to the genus Artocarpus.

Jackfruit is a sweet and fleshy fruit that has a flavor similar to that of mangoes, which makes it popular in a variety of dishes. Jackfruit can be used in desserts, salads, chutneys and fruit compotes. Some people even make alcoholic drinks from the fruit. While there are many varieties of jackfruits, the most commonly eaten variety is the large-sized green unripe fruit.

Importance of Jackfruit in Tamil Nadu

Jackfruit is a very important fruit in Tamil Nadu. In fact, it is one of the most important fruits in India. It is a tropical fruit that grows on trees and has many uses. The fruit can be eaten fresh or cooked into many different dishes. The seeds are also edible and can be roasted or used to make oil.

The jackfruit tree is native to South Asia, but it has been spread around the world through trade routes. The trees are large and produce many fruits each year, which makes them valuable to farmers who grow them commercially.

Why is Jackfruit the State fruit of Tamil Nadu?

The Jackfruit is the state fruit of Tamil Nadu because it is loved by people. IT is native to India and has been cultivated there for centuries. It’s also one of the largest fruits in the world, so it’s a great representative of the region. The government wanted to promote the jackfruit as a symbol of unity and strength, and it was a good way to do that. It also needed to be something that could be easily cultivated in the state, which is why they chose Jackfruit as official fruit.