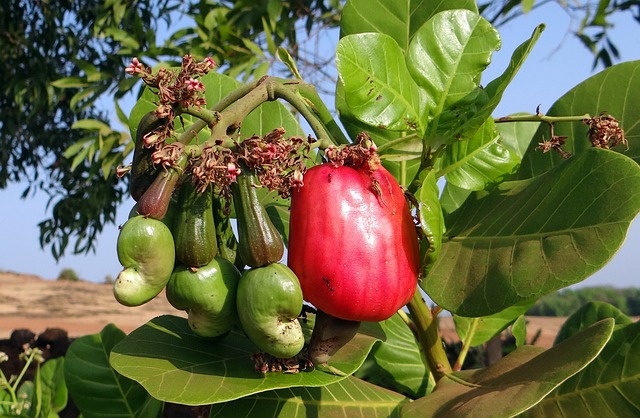 The State fruit of Goa is the Cashew. It is also one of the most popular fruits in Goa, as it represents the region’s culture. The cashew tree is cultivated in different parts of Goa, including Salcette and Bardez. It is not only a symbol of Goa but also a source of income for many farmers.

In Goa cashew is one of the major crops grown in more than 40 villages in North Goa region which includes Saligao, Sanquelim, Curchorem-Cacora and Pernem Taluka.

Importance of Cashew in Goa

Cashews have a great importance in the agricultural economy of Goa and it contributes significantly to the state’s foreign exchange earnings. In fact, it is one of the main exports from India and this makes it a very important crop for the state. In addition to this, cashews also provide employment opportunities to thousands of people directly or indirectly.

Why is Cashew the state fruit of Goa?

There are many reasons why Cashew is considered as the State Fruit of Goa.

Cashews were first introduced in Goa by Portuguese during their rule in 1510. Nowadays, cashews are grown all over India with major production in Karnataka and Kerala.

Cashew has a lot of importance in Goa’s economy as well as culture. It has been contributing significantly to Goa’s GDP since many years now. However, it is not only important for its economic value but also for its medicinal properties and nutritional value which makes it an important part of our diet too