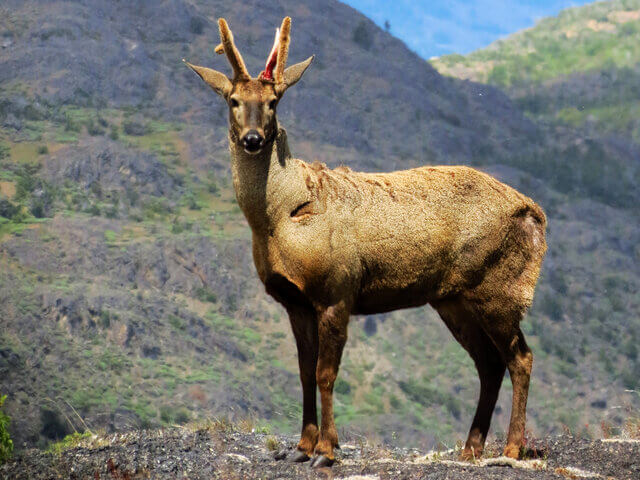 The Huemul deer is the national animal of Chile and it is considered as an endangered species, which is why it’s taken extreme care and protected. This animal is related to the mule deer which belongs to the family Cervidae. It can be found in the Andes Mountains and Patagonian forests.

Huemuls are relatively small deer, only about 1.5 meters (about 5 feet) long, plus another half meter for the tail. Males weigh about 60 kilos (132 pounds), and females about 42 kilos (92 pounds). Huemuls have relatively short legs which accentuate the hunched back. Male huemul have a dark stripe on the bridge of their nose, which forks in between the eyes and forms a pair of dark eyebrows (females may have this blaze, too).

Huemul deer are found within the Valdivian temperate rain forests, where there is a widespread population along the coastal areas of Chile and in Argentina.

Why Huemul is the national animal of Chile?

The Huemul is unique to South America and found only in southern parts of Argentina and Chile. While it has been widely hunted, it is also strongly associated with national identity in both countries. It has become a symbol for conservation efforts in both nations, where environmentalists have raised concerns about its rapidly declining population.